Delicate beauty with a doll face, Mara de Nudée seems coming straight out of a silent movie !
Don’t get fooled by her apparent gentleness and her cheeky eyes, she knows how to be fatale and will captivate you at a glance…

From a very tender age Mara has been dancing and has kept from her 17 years of ballet a natural grace & her legendary cou de pied!

She stepped into the world of burlesque organicaly and began her career in 2008 alongside Gentry de Paris who gave her the opportunity to work with Dita Von Teese at Casino de Paris in 2009.

She also work as a singer and actress ! She formed in 2013 the singing duo « The Papilles Sisters » with Cléo Sénia.

Mara performs in France and internationally : You can experience her french seduction lessons in Europe, Asia, Australia and the US.
June 2nd 2018, She wins with her dance partner Alekseï Von Wosylius, “Best Small group” award at Burlesque Hall of Fame ( Las Vegas) .

Welcome to the world of the pearl of parisian chic and let yourself be charmed by a vintage showgirl from Paris! 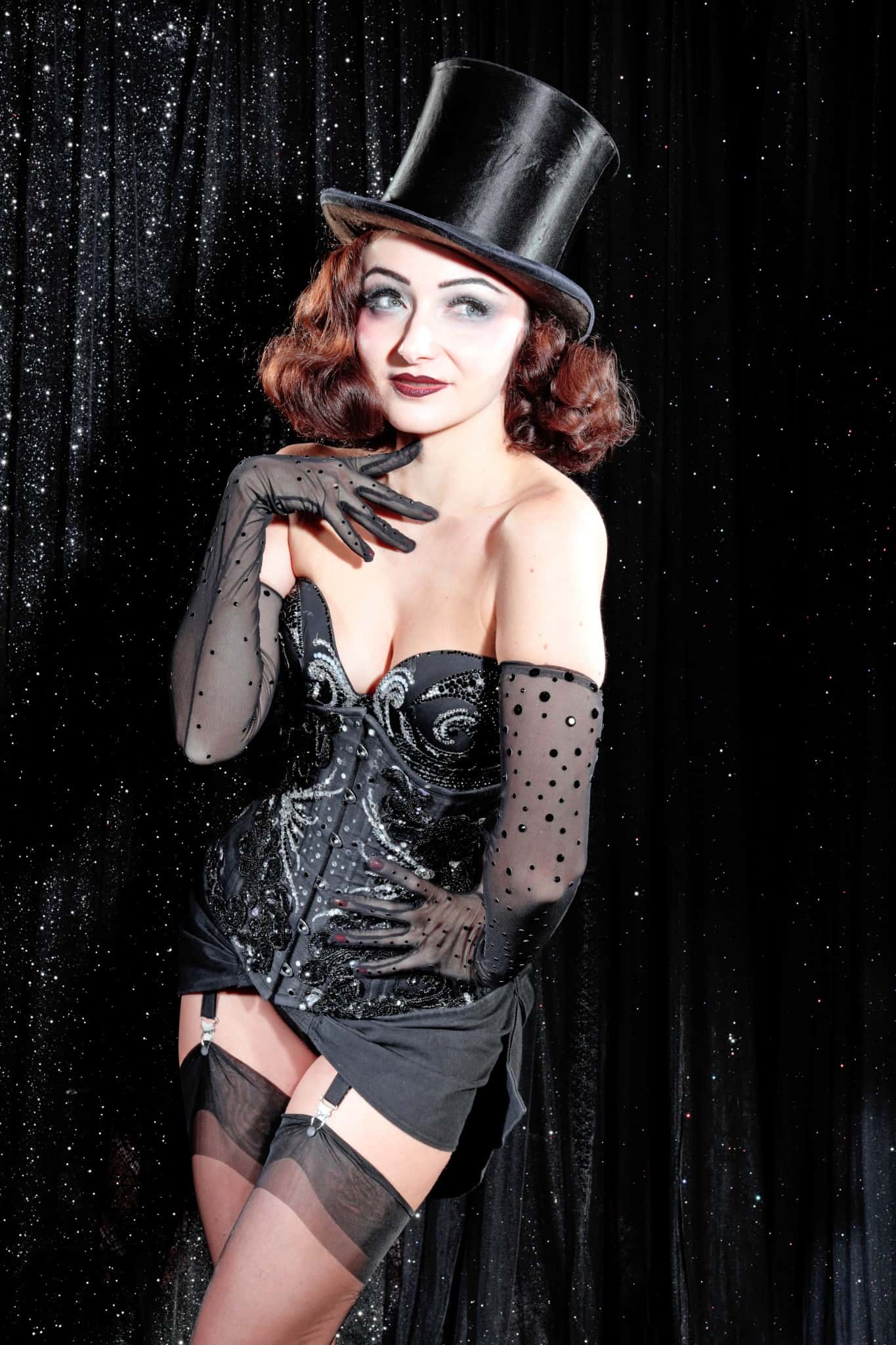